The purpose of the Capability and Innovation Fund is to encourage eligible bodies to:

The Capability and Innovation Fund comprised a total of £425 million which was divided into four pools. BCR was responsible for evaluating the applications and disbursing the funds. All fifteen grants were awarded in 2019.

Since then, in early 2020, two awardees Metro Bank Plc and Nationwide Building Society, each returned £50m to BCR after their own internal strategic reviews indicated a change in business direction. BCR subsequently announced the redeployment of £100 million under a Pool E. In April, some 238 organisations were consulted to provide views on award sizes with 100 responses. Pool E was run as two application windows with 6 awards totalling £20m being announced in August 2020 to D Bodies and 4 awards totalling £80m being announced in September 2020 to A, B and C Bodies.

In January 2021, one of the Pool E awardees Onfido Limited (a D body) returned its £5m award after a strategic review resulted in a change to focus away from UK SMEs and in June 2021, a further Pool E awardee, Ebury Partners Limited (a C Body) returned £7.5m its award after reducing the scope of their business plan to focus on investing in scalability and an improved user experience for UK SMEs.

As a result, BCR ran a Pool F round in August 2021 and funds were distributed in October 2021. The award winners are Cashplus Bank (£5m), Codat Limited (£5m) and Swoop Finance Limited (£5m) and their Public Commitments can be found here.

As of today, BCR is monitoring delivery of 26 awards across six pools. How BCR monitors Capability and Innovation Fund awardees can be found here.

To facilitate the commercialisation of financial technology that is relevant to SMEs.

To facilitate the commercialisation of financial technology that is relevant to SMEs.

Purpose: A, B and C Bodies

Purpose: A, B and C Bodies

Number and value of grants (September 2020): 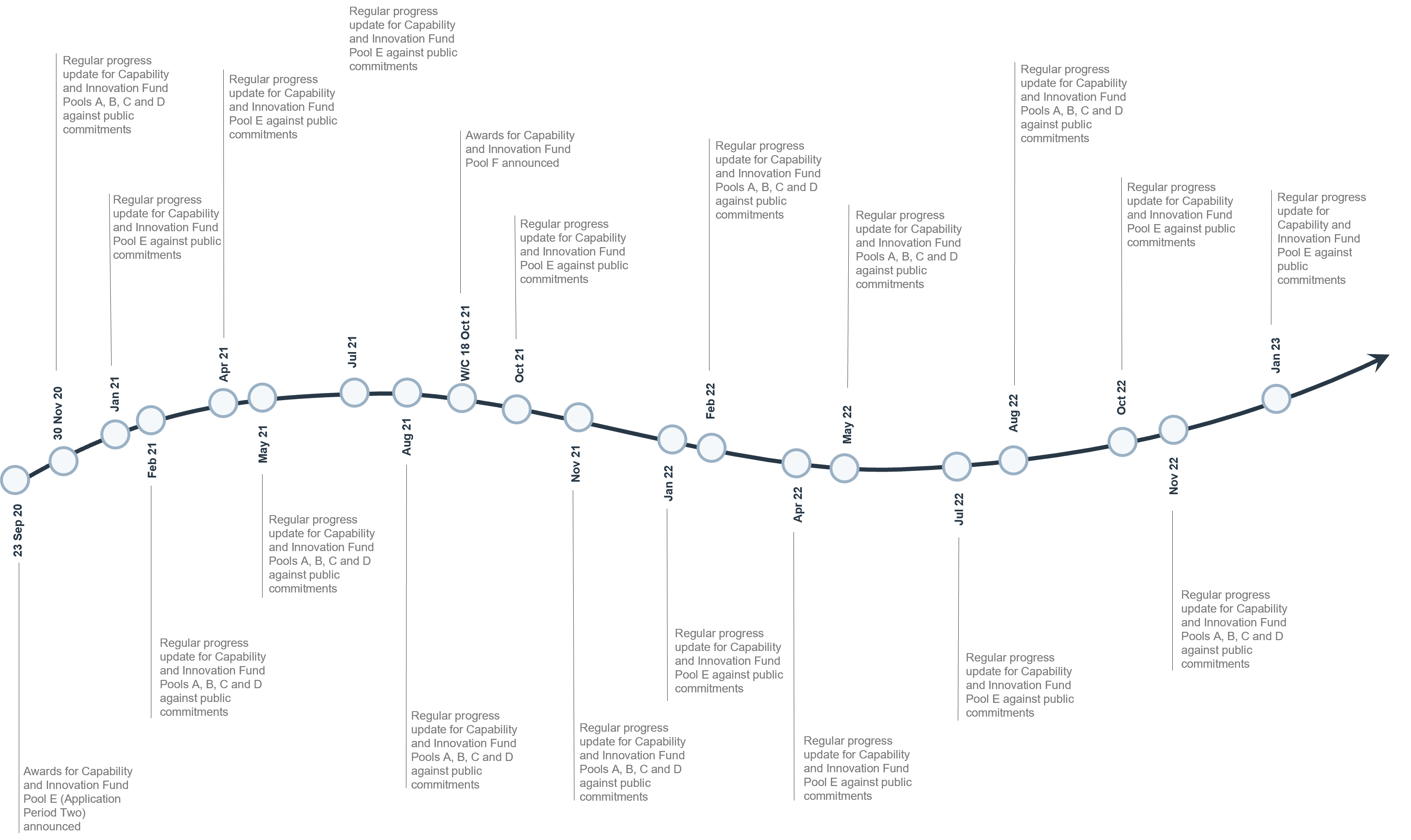 While the latest CIF agreement expires in December 2022, there will be ongoing monitoring of awardees with outstanding business case spend and/our public commitments.